Dale Messick was born in 1906. She studied briefly at the Ray Commercial Art School in Chicago but left to begin a career as a professional artist.

Messick decided to change her first name to Dale to help get her work seen by editors. She produced a number of ideas for strips with titles such as Weegee, Mimi the Mermaid, Peg and Pudy, the Struglettes, and Streamline Babies, none of which were picked up for publication.

One of the few female cartoonists of her time, Messick created the character of Brenda Starr in 1940, naming it after a debutante from the 1930s and basing her appearance on Rita Hayworth. Messick wanted to produce a comic strip with a female protagonist, and she decided a career as a reporter would allow her character to travel and have adventures more glamorous than those actually experienced by most reporters.

Brenda Starr, Reporter debuted on June 30, 1940 in the Chicago Tribune. The strip became a daily feature in October 1945. Ms. Messick continued drawing Brenda Starr for over 40 years, and died in Sonoma County in 2005. The collection materials all date from 1947, and all are original hand drawn panels from 100 dailies and 23 Sunday editions. 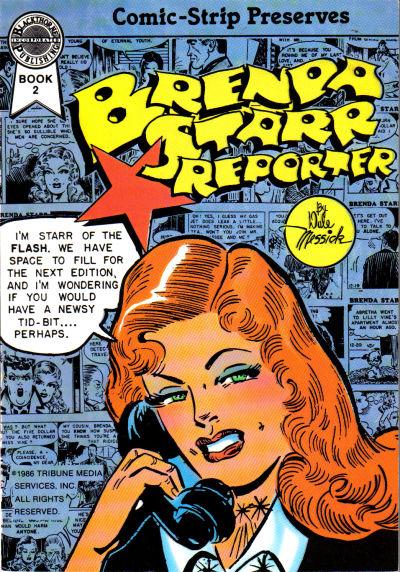