A career in photography came to David Dawson following service as an officer in the United States Navy and 28 years in California state government, from which he retired in 1995. Dawson began serious study of photography through workshops and personal study in 1989. The subject matter for David Dawson’s camera most often consists of old, fragile, and unusual historic structures in northern California. He typically seeks out, studies, and documents buildings and other constructed works, about which little is generally known. Working exclusively with a large format camera, using black and white film, Dawson attempts to document clearly his subject matter in a way that is historically useful, but aesthetically pleasing as well.

Photographs of lime kilns of Northern and Central California, documenting a critical 19th century industry producing lime for the construction of cities in the area. The collection materials are organized in one box, and include 16 photographs and related background information, a portfolio introduction, a list of print titles, and technical information about the photographic process used to prepare the prints. The prints are signed on the back by the photographer. 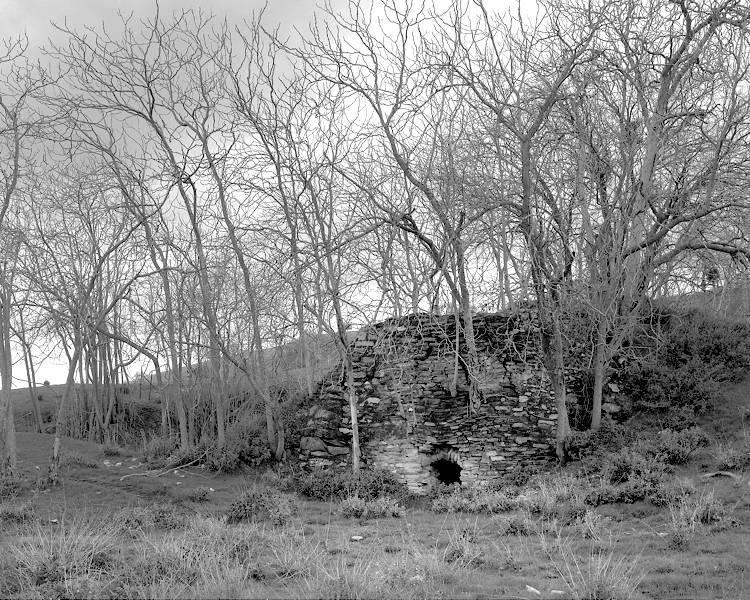